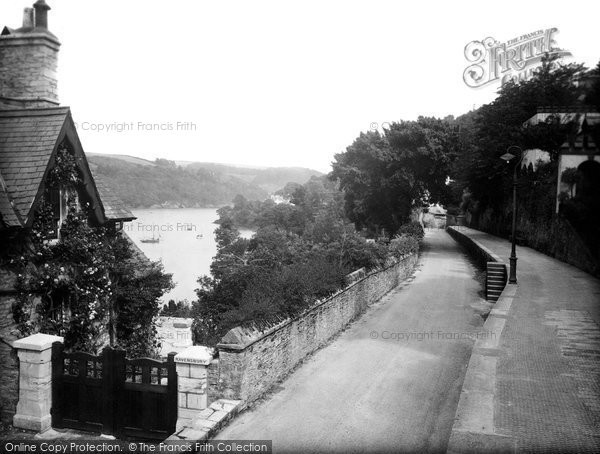 Warfleet – a Memory of Dartmouth.

I first came to Dartmouth in 1966 as a member of the Vancouver Boys Band. We were a 39 piece military style marching/concert band. All of us in the band fell in love with Dartmouth. We were hired to play for the Carnival in June and the Regatta in August. I returned with the band in 1968 and 1970. On one of the trips, a Mr Dwyer gave Arthur Delamont, the conductor of the band, a history book on Dartmouth and he passed it on to me. It sat on my bookshelf for years, years that saw me become a band conductor and later a writer. At some point I picked the book up again and couldn’t put it down, absorbing all the names and the lore from John Hawley to Francis Drake to Thomas Newcombe. I knew all the roads and high streets and low streets from my adventures in the band and made the trip up the Dart often, past Agatha Christie’s house, all the way up to Totnes. I became so absorbed with the history of Dartmouth that I decided to write a trilogy based on the history. The first book I call ‘The Merchant Adventurer’s Story’, based on the exploits of John Hawley. The second is the ‘Gentleman Explorer’ based on the exploits of Humphrey Gilbert and the third is called ‘The Solicitor Commander’ based on a Falmouth Solicitor who during the war, attacked U-Boats off the coast of France by night. I have only just about finished the first book, but whenever my mind returns to the days of my youth, running in the hills above Dartmouth, I think about my trilogy and the joy I am going to have to finish the other two stories and revisiting the places of my youth in my memory. I have written some 16 other books, some on adventure tourism, others on the history of the band that first brought me to the shores of England and to the hills of Dartmouth. My company is called Warfleet Press and can be found at http://www.warfleetpress.ca I was looking for some photos of Dartmouth when I came upon this site and the name Warfleet Road. All the memories came flooding back to me. The book I have just finished is called ‘Ambassadors of Empire’ and it will be available in September 2009. I hope to come back to Dartmouth and the rest of England, maybe on a book tour soon. In any case, the name of Warfleet will always be etched in my mind and remind me of all things wonderful, both past and present!
Christopher Best

Welcome to the official website for Warfleet Press – Books on Unique British Columbians. This site is easy to use. Scroll down the book covers in the middle of our Home page and click on the one you want to read the synopsis of and a brief excerpt.  Or, below under Posts I Like, you can click again on the book title you would like to read.  Our latest book came out in March 2021 and is called the Face of Multicultural Canada. There are six books on Arthur Delamont and his Kitsilano Boys Band. Below the list of books, you will find several blog sites. The most popular are the one on the Kits Band, the Handsworth Alumni and the Beefeater Band.  Christopher Best